I’m honored that my short story, “I [28M] Created a Deepfake Girlfriend and Now My Parents Think We’re Getting Married,” first published in the MIT Tech Review, will be included in The Year’s Best Science Fiction from Saga Press, edited by Jonathan Strahan and releasing September 8, 2020. 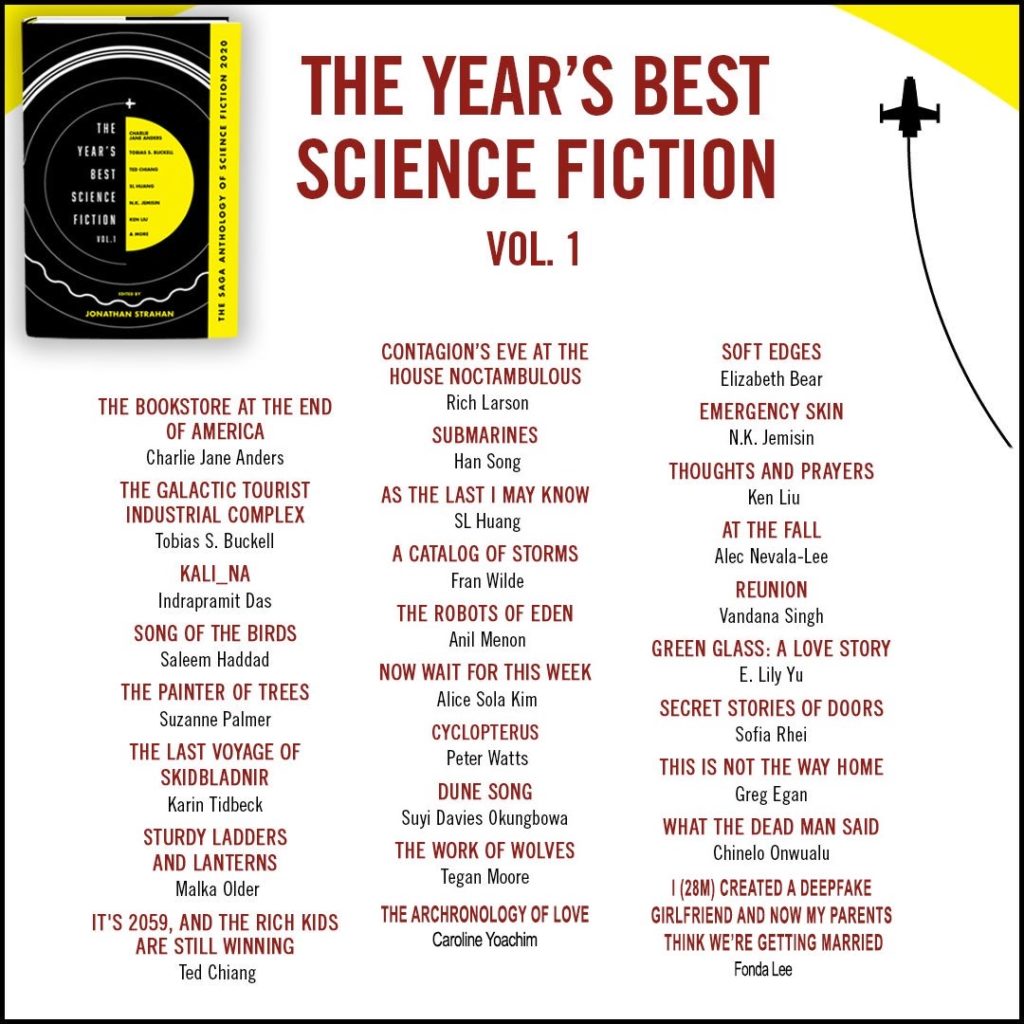 I’m delighted that both of my 2019 publications, my novel Jade War and my short story, “I [28M] Created a Deepfake Girlfriend And Now My Parents Think We’re Getting Married” are on the 2019 Locus Recommended Reading List along with dozens of other excellent works.

I have a new short story published in the MIT Technology Review this month. “I (28M) Created A Deepfake Girlfriend And Now My Parents Think We’re Getting Married” is a near-future comedy drama about a young man who turns to technology to solve his relationship problems and gets in over his head. You can read it online as part of the magazine’s youth issue.

I was at the Viable Paradise Workshop, where I’m writer-in-residence this week, when I received the news that Cross Fire had been named Best YA Novel at the 2019 Aurora Awards for best Canadian speculative fiction. I’m delighted by this win; even though sequels are often harder to write and better than their predecessors, they are so rarely recognized when it comes to awards. Thank you very much to the members of the Canadian Science Fiction & Fantasy Association for this honor.

See the full list of nominees and winners here.

Announcing my first foray into writing comics! I’m thrilled to share the news that I’ve joined Marvel and will be co-writing the monthly Sword Master & Shang-Chi comic book with Greg Pak, with art by Ario Anindito.

Check out the full announcement and my in-depth Q&A at Marvel.com.

Orbit has revealed the cover for Jade Legacy, the third book in the Green Bone Saga! It’s fittingly as bold and epic as its predecessors. I like how the series starts with a close-in image on the cover of Jade City, to a city skyline in Jade War, to the mountainous landscape of Kekon in Jade Legacy, reflecting the expanding scope and stakes of the trilogy. 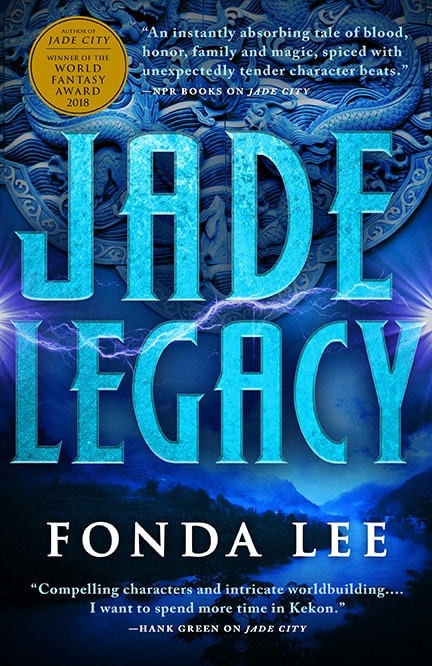 Jade War is out in the world, and I’ve absolutely blown away by the enthusiasm of Green Bone Saga readers. Here’s a roundup of recent online coverage, guest posts, interviews and fan content related to the launch.

Pre-orders and first week sales are immensely valuable to authors and publishers because they signal to booksellers that there’s demand for the book. If you pre-order Jade War or buy it within its first week of release, I’ll send you a signed bookplate, a postcard of the Green Bone oath, and a vinyl No Peak clan sticker to show off your clan loyalties! 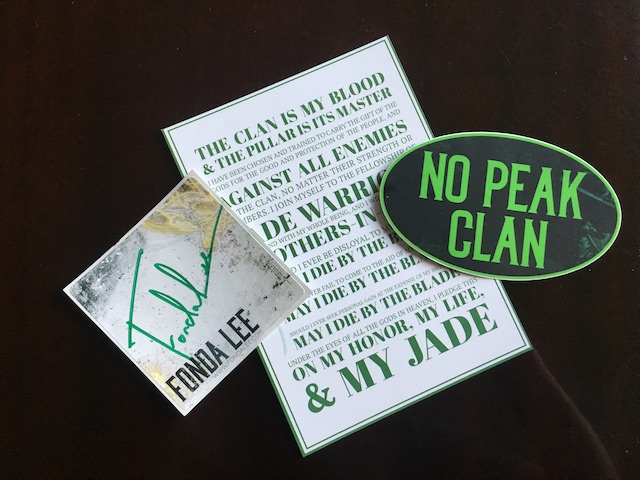 All you have to do is:

1) Rush out and buy a copy of Jade War in any format (print, audio, e-book)

3) Email or DM me with a link to your post and your mailing address (anywhere in the world is fine!)

In advance of its release on July 23, Jade War has garnered a triumvirate of starred reviews from Publisher’s Weekly, Library Journal, and Kirkus. Here’s what they’re saying:

“Lee’s story is sweeping, leisurely, and epic, and combines political intrigue with sharply choreographed action scenes, but it’s a character-driven family drama at its heart. Conflict ranges from delicate boardroom negotiations to dramatic duels, and from assassinations to all-out war, while the increasingly complex narrative continually ups the stakes. This worthy continuation of the larger story line delivers a satisfying tale and sets the stage for the next installment.” —Publishers Weekly (starred review)

Cross Fire, the sequel to Exo, is a 2019 Locus Award finalist for Best YA Novel, alongside many deserving fellow nominees. The winners will be announced June 30 in Seattle. Check out the full list of finalists.